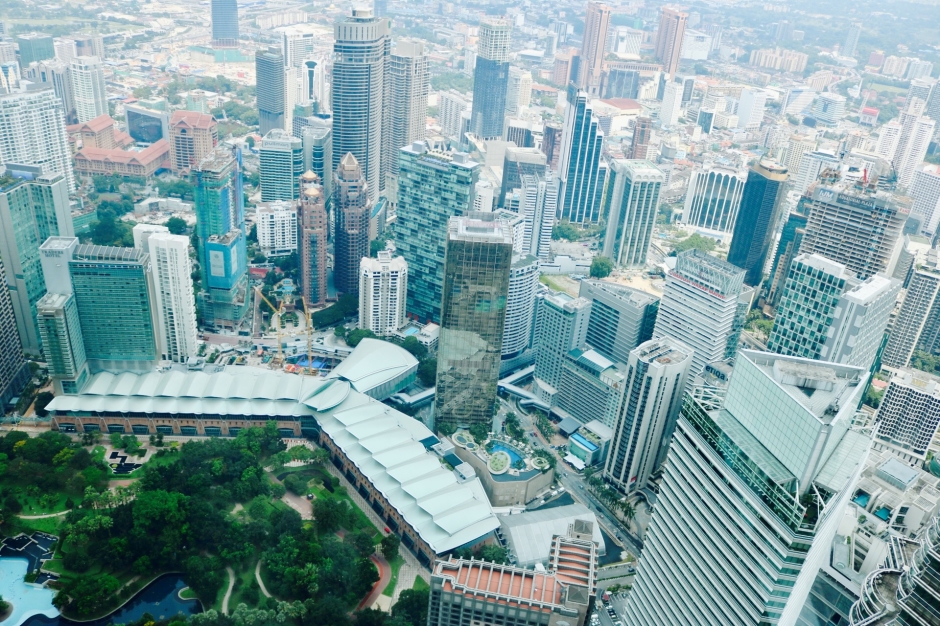 Well, we have now left Kuala Lumpur and are already busy exploring Penang; so we thought it was time to write a review of our time in Kuala Lumpur.

KL marked our first real, long-term stay of our awesome world adventure and allowed us to return to some normality and structure in our lives. Not only did KL see the start of ‘The School of Mum and Dad’, but we started to slowly lose the feeling of being tourists in a foreign country. I am still not sure if we have clicked that travelling is our new permanent way of life, but we think we are definitely on the way.

Kuala Lumpur’s tagline is “A City of Contrasts and Diversity” and it definitely lives up to this title. One minute you can be in a mega mall with shops selling Rolex, Louis Vuitton, Dior and Dolce & Gabbana and the next, you walk outside and you can be walking down a broken pavement with open drains, rubbish littering the grounds and rats scurrying around. The road we were staying on illustrated this as best as anywhere, with both The Ritz-Carlton and JW Marriott (5 star hotels) at one end but walk 20 metres down the road and you have a small, tinned roof, hawker stall and burnt out houses. Strangely enough we were at the other end of the road to the 5 star hotels, where accommodation prices are a tad more within budget. KL’s diversity is seen in many aspects around the city but most prominently for us in the food. KL’s population is predominantly made up of Malays, Chinese and Indians and the food choices are endless. More delicious food images on our ‘Food Adventures’ page…. 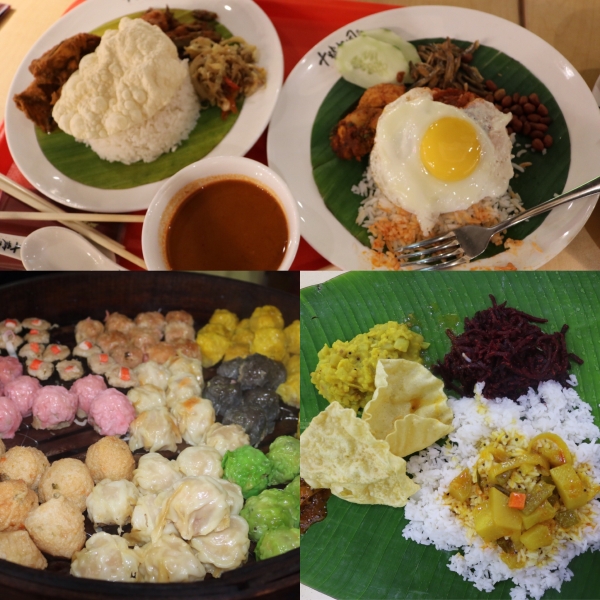 Coming from New Zealand, bartering is something new to us; although we have found it to be quite enjoyable if you leave your emotions behind and not take anything personally. Particularly knowing that any seller is quite prepared to double or triple their asking price when a foreigner enters his/her store/stall or shows any interest in any of their wares. Lincoln’s “Baby G” watch was a prime example of this, with the first price quoted being 200 MYR ($66.67 NZD), after a bit of back and forth we settled on the grand total of 25 MYR or just $8 NZD.

The food has been nothing short of fantastic since we started our journey, and it helps greatly that our kids are not picky eaters. Both have their favourite and go-to dishes already with dumpling soups, chicken rice, dim sums, and anything with either prawns and noodles. Having chilli in your food is also a near ‘must-have’ here and replaces the seasonings of salt and pepper that we are used too. Despite loving chilli, I am still working my way up to the local’s level of spice in their dishes, after falsely believing I had a high tolerance to it. They also do condiments very well here – something I’m very appreciative of. Fours weeks of our stay in Kuala Lumpur was during Ramadan, and with Islam being the most practiced religion in Malaysia we were concerned about what this might mean for us. However we needn’t of worried, as the food was even better during this period with a number of Ramadan Bazaar markets opening for the four-week Ramadan period (26 May – 24 June 2017). These markets generally open at 5pm till late daily and are for the breaking of the daily fasting.

KL had various public transport options including buses, trains and a monorail and although we did use them, we found that being a group of four it actually worked out cheaper the majority of time to use Uber. It also helped that Uber had special promotions during Ramadan for users which would be up to 7 Ringgit off a ride, this often meant our rides were free or very close to. The Uber drivers were also very good and personable and would always ask us if we were in KL on a holiday, when we responded we were full-time travellers after selling our home and quitting our jobs, they would flood us with questions and advice around what to see and do.

KL also saw the start of ‘The School of Mum and Dad’ and I wish we could say that it has been smooth sailing, but although there have been many good school days, there was also some difficult moments as we introduced it into our daily routine. To ensure we had some structure in the boy’s learning we purchased an annual subscription to IXL Learning to cover both Maths and English. This online platform follows the New Zealand curriculum and gives us confidence that Lincoln is learning what he should be at his age. Braxton has also started on IXL, practicing his Year 1 skills and he’ll start in earnest in August when he turns 5. We also supplement IXL with spelling, writing, reading, geography and of course the odd field trip. At the moment we generally spend anywhere between 90 minutes and 3 hours a day on schooling, depending on how Lincoln (& his teacher of the day) is feeling.

If you have been following the blog you would know that I have self-assigned the budgeting to myself and throughout our stay in KL we tracked every Ringgit spent. Despite being on a budget we still managed to visit the Petronas Twin Towers, Batu Caves, The Ritz-Carlton for a Champagne lunch, KidZania, and Petrosains Science Discovery to name a few; so our budget definitely did not stop us from enjoying ourselves and seeing many amazing things. In the end, our average daily expenditure during our 6 week stay in Kuala Lumpur was $118 NZD a day including accommodation; which means nearly $55 a day under budget.