After numerous quick stops we were all happy to know we had booked three nights in New Orleans. We were also happy to try some more interesting food rather than the standard America fare.

From San Antonio, Texas we travelled 860 kms (530 miles) east to New Orleans, Louisiana. Logan had found a new Airbnb listing with a good discount for our three night stay and it wasn’t too far from the famous French Quarter (read our review here). After a long day driving we did a quick shop at the very close Walmart and settled into our cosy apartment. The boys were so excited to have “a room with walls” and Logan and I even had an ensuite bathroom – such a treat when travelling on a budget in America!!

The next morning we were talking about how many things interested us around New Orleans and how nice the apartment was, so with a quick search to see if the apartment was available for another night and a message to our hosts we had booked ourselves another night in N’awlins. So what did we get up to during our now three full days in the “Big Easy”….

We were nearly 3 kms from the edge of the French Quarter and with nice autumn weather we got the scooters out and walked/scooted in to have a look around. The architecture was beautiful and we instantly loved the vibe. We walked around exploring, listening to a few audio snippets about some of the old buildings and watched a paddle boat leave the dock and steam out into the Mississippi.

Unfortunately we were out of the crawfish season but with Louisiana having such a distinct food culture with their Cajun style we were keen to taste it all. We tried to do a “food crawl” and order small plates to sample the local cuisine but only made it to two places as the small plates were still very big and filled us up so much that we even had to give the beignets a miss too.

First stop was Cafe Beignet at the Musical Legends Park, with some live music playing we started with some ‘beans & rice’ and ‘gumbo’ – both delicious and approved by all the family. 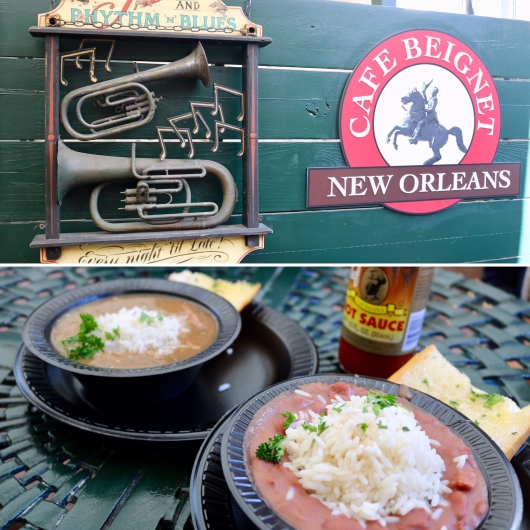 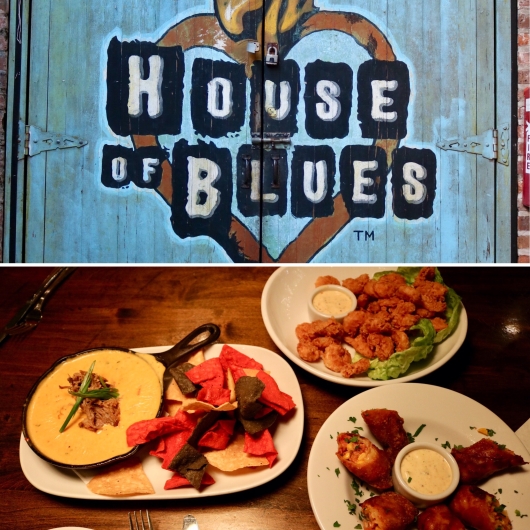 Thankfully we had a good walk home to help work off some of the food.

The Garden District & Lafayette Cemetery No. 1

We had heard a lot about the cemeteries around New Orleans and found a free audio guide via the Atlantis Audio Tours app for Lafayette Cemetery No. 1. This is located in the streets of the leafy Garden District and was 2 kms from our apartment.

We spent an interesting hour in the cemetery, founded in 1883 and still used today. We followed the audio tour around some of the main points of interest in this cemetery that covers just one single city block in area and contains approximately 1,100 family tombs and 7,000 people. We also learnt more of the German and Irish settlers that came to the area and their influences on the city and we saw many restoration efforts that are underway.

From our apartment we drove 75 kms (47 miles) out to the Whitney Plantation. We had read about a few plantation tours but had decided on this one as it was the only plantation museum in Louisiana with an exclusive focus on the lives of the enslaved people. Whitney was originally, “Habitation Haydel” and we learnt of the Haydel family (German immigrants) and the over 100 slaves they held and that worked the land on their sugarcane plantation. Visits are only available via a 90 minute guided tour and our guide Cheryl was a born and breed local from the area of Wallace, not far from this particular plantation. She was very well spoken and engaging about such a sensitive subject. We were shown through a church built by freed slaves which had been moved onto this plantation for restoration. Slave cabins, the oldest detached kitchen in Louisiana, the owner’s house built circa 1790 and saw memorials built to honour the enslaved.

We were also told of a very good Netflix documentary on the subject, it is titled “13th”, relating to the Thirteenth Amendment to the United States Constitution, the abolishment of slavery.

City Park is a 1,300 acre public park in New Orleans and is another great example of a lovely big green space within a major city. After our morning at Whitney we went for a walk/scoot around it and enjoyed the Sydney and Walda Besthoff Sculpture Garden, home to over 60 sculptures by artists from around the world.

After the boys had a play in the large playground we were ready to return to the apartment and sadly it was getting close to the time to say “goodbye” to New Orleans and Louisiana. Although we had a strong feeling we would be back!!