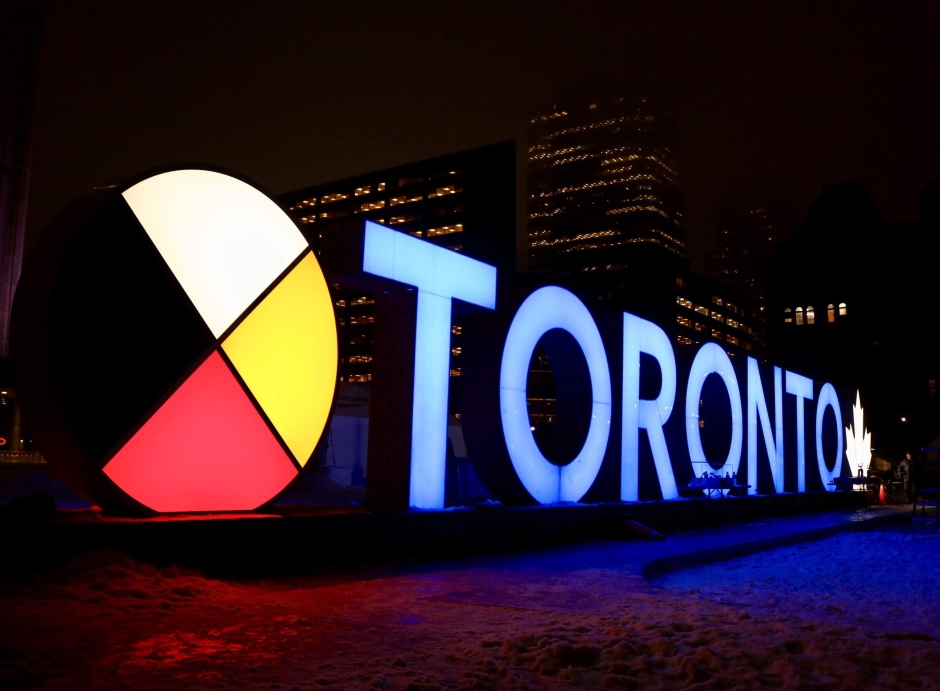 It was now time for us to visit Toronto. We had a week to look around the provincial capital of Ontario and the most populous city in Canada with just over 2.8 million citizens. So what did we get up to?

After our week in Ottawa we needed to drive 440 kms to our Airbnb apartment in downtown Toronto (see our review here). 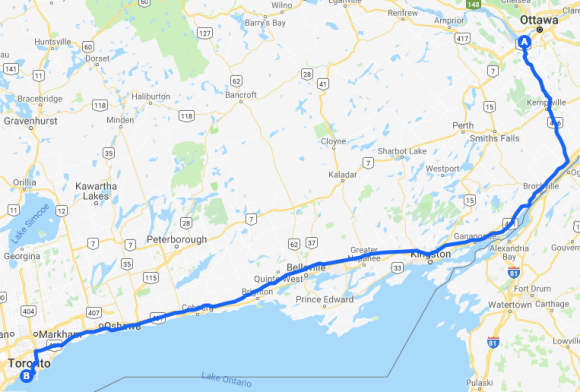 We actually had a pretty quiet start to our time in Toronto, we caught up on some school work, life admin and travel research. Nearby our apartment was Lake Ontario and the William G. Davis Trail, which only opened in 2017. It was nice area to walk around while the sun was out, still only -6°C though but there were a few others out walking, running, cycling and dog walking. 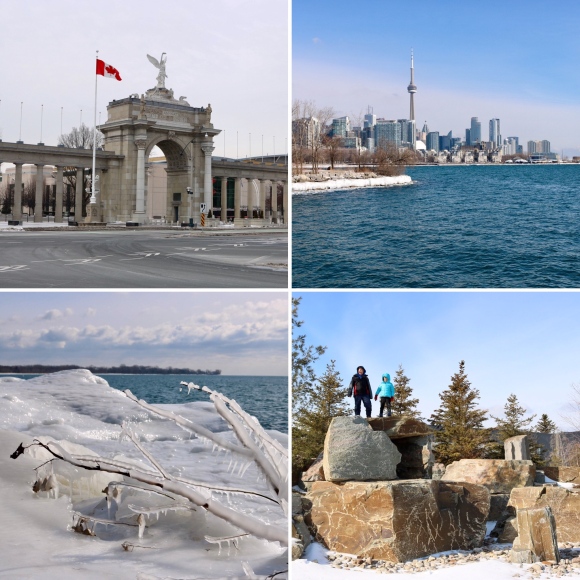 We also treated ourselves to a dinner out, a very rare occurrence in North America but we were craving some good barbequed meats. The first spot we liked the look of turned out to not actually be open, so onto another. We found ourselves at Smoque N’ Bones and got ourselves a great selection. It must have been good as it made it onto our Food Adventures page!! After dinner we went to the Distillery Historic District and had a wander around the Toronto Light Festival. It was a pretty chilly, windy night but the displays were all very cool. We also briefly stopped by the Toronto sign in Nathan Phillips Square, as seen above.

With the budget going pretty well we decided that we could afford ourselves a couple of higher priced, big city activities that we would usually avoid. The adults picked one and the boys picked one. First up the boys wanted to visit Ripley’s Aquarium, which is right next to the CN Tower. It was an easy 20 minute walk from our apartment but unfortunately we entered just as three bus loads of adults were doing the same. It was hard to break free from them during our visit even though it is a nice big facility. We learnt a few new things but it was similar to other aquariums we have visited and not worth the cost for just over an hour visit. Even buying tickets online didn’t save us much and our total to visit was $122.04 CAD/$135.60 NZD.

For the adults pick we visited the ROM (Royal Ontario Museum) and it was incredible. Logan had the day off photography and the boys took over the duties. We really love seeing activities from the boy’s perspectives and how they viewed and captured our day. The museum itself was fantastic with such a large number of galleries that we couldn’t get to all of them. There were also some extra exhibitions on and two of them really interested us, so we paid a little extra than standard admission.

ZUUL: Life of an Armoured Dinosaur was very interesting, it was all about a 2014 dinosaur skeleton discovery in Montana and the Wildlife Photographer of the Year had some outstanding captures of all types. Much to Braxton’s disappointment you weren’t allowed to take photos of the photos but it was still fantastic to see this amazing gallery.

Over a few hours we visited these two exhibitions, the Egyptian and Roman sections, mammals and dinosaurs and the children’s discovery section. Throughout the museum there was lots of interactive screens and activities to keep the boys interested and we all decided it was well worth the cost. Our family total was $109 CAD/$119 NZD but entry to the museum without extra exhibitions is adults ($23 CAD), youth 15-19 years, students and seniors ($18 CAD), children 4-14 years ($14 CAD) and under 3’s free.

After a great week in Toronto we had a two and a half hour drive to our next Canadian pet sit. But first we needed to stop by the St Lawerence Markets for a look around and to sample Toronto’s famous ‘peameal bacon’ sandwich. Once again, you’ll see this was tasty enough to feature on our Food Adventures page.

3 thoughts on “Canada – A Terrific Week in Toronto”