After having such a great time in the Southern states last year, we were excited to be returning…. and it was now crawfish season!!

From Crystal River in Florida (A) we had a long day in the car travelling 760 kms to the Gulf of Mexico’s coastal city of Biloxi, Mississippi (B). We arrived at our “comped” accommodation for the night, the Beau Rivage Resort and Casino (read our review here). This free stay wasn’t due to our usual Wyndham/Caesars Rewards tier match as the Beau Rivage is part of the other major casino group, MGM Resorts. Logan had been free playing on their app for quite awhile now and he used some points he had earned and turned them into a free nights accommodation.

As we were staying here for less than 24 hours the boys made good use of the amazing outdoor heated pool, with an afternoon swim on arrival, one after dinner and one when it opened at 8am the following morning.

After some breakfast we took a walk along the beachfront before checking out at 11am as we only had a short drive of around 250 kms. 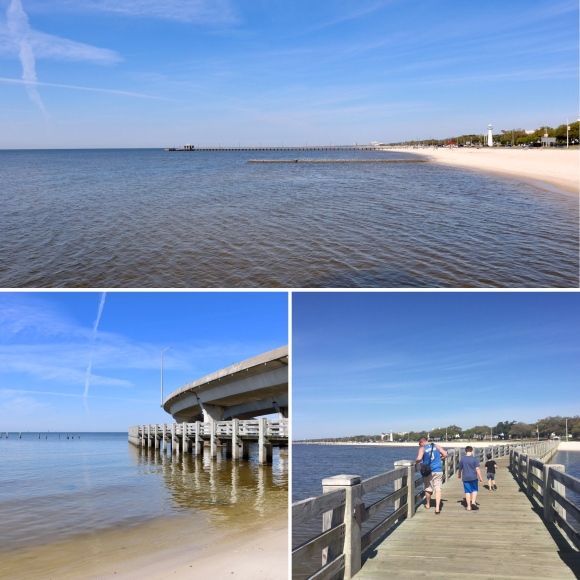 When we were in Louisiana last November we had a fantastic stay in New Orleans, but this time we thought we would stay in the state capital of Baton Rouge (C). Because we had more time on this travel day we took the coastal road rather than the highway and it was much more interesting. It was a beautiful drive and we saw some stunning southern homes, but we also saw some of the destruction and partial rebuilds happening from Hurricane Katrina, even after all these years. We stopped for lunch and our first taste of crawfish, this was one of the main reasons we had returned to this part of the U.S because the season had finished when we were here last and we wanted to see what all the hype about this little crustacean was.

Lunch was at Cajun Crawfish Hut in Long Beach, Mississippi and Logan and I picked the 1lb boil pot special to share. It came with crawfish, prawns, sausage, potato and mushrooms and was delicious with it’s Cajun spices; we loved our first taste at the pretty budget friendly cost of $14.95 USD/$22.13 NZD. The boys had some of their favourites, salt and pepper squid and mac ‘n’ cheese and we all tried a few other menu items as well. We were well and truly full as we continued on to Louisiana.

We had chosen to stay four nights in Baton Rouge at Baymont by Wyndham Baton Rouge (see our Wyndham Properties review here). Sadly our first day was a wash out with huge thunder and lighting storms all day but our second was slightly better, so we made the most of it and got out to explore the state capital. We parked up and wandered through the Veteran’s Memorial Park and the State Capitol Park with the ‘new’ state capitol building, dedicated in May 1932 and the tallest capitol in the United States. 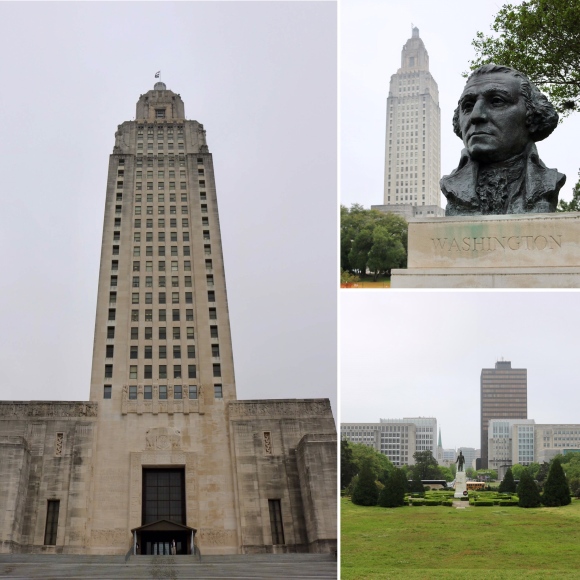 Then along the banks of the Mississippi, seeing the ‘old’ state capital building, built between 1847 and 1852 and now referred to as the State House.

After a cloudy start to the day we actually got quite warm during the afternoon, so the boys were excited to find a fountain to cool off their feet. Although, someone misjudged the fountain’s pattern and got wet shorts. 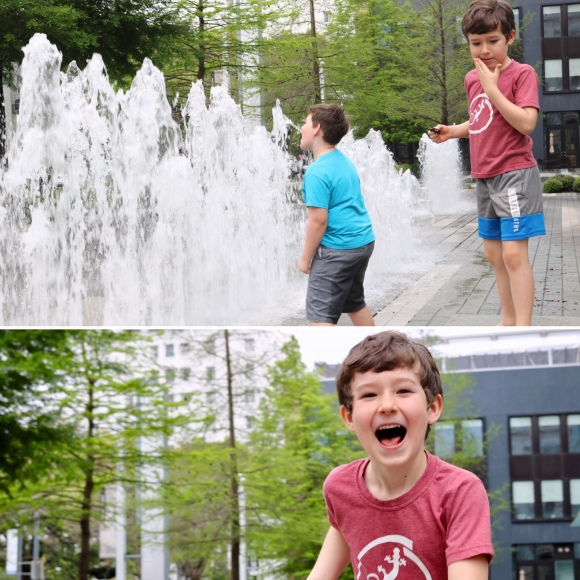 The following day Logan had seen a po-boy festival was being held in nearby Lafayette, just an hours drive away. So we headed there to enjoy an America festival and hopefully some more tasty food. 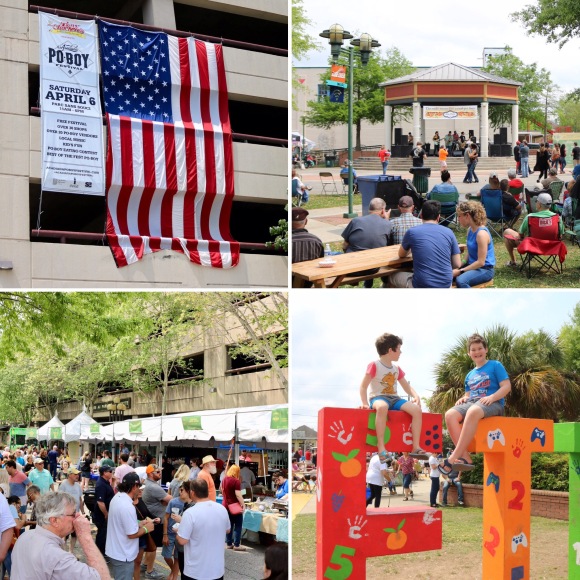 We arrived at the annual Acadiana Po’ boy Festival and were greeted with many options and heaps of different vendors. The festival was opened with the national anthem and then it was down to the serious business of trying to choose which po’ boys to sample. All portions were $3 USD/$4.29 NZD and we had some pretty tasty selections as well as Roy’s fresh lemonade with refills, recycling and paper straws. It really hit the spot as the overcast morning turned into a very hot afternoon. 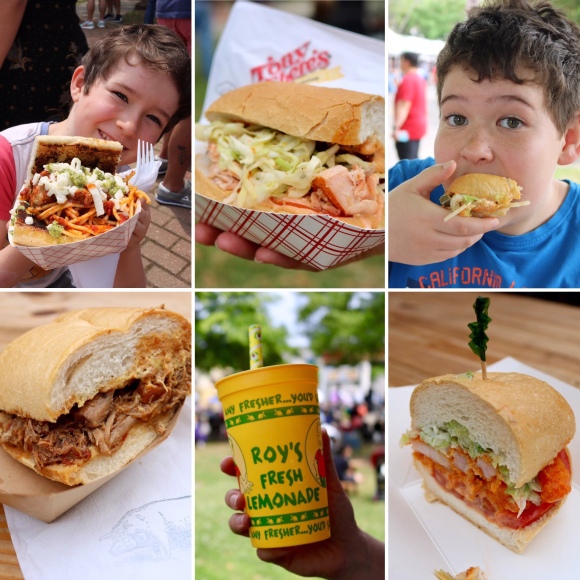 There was live music, free kids activities and a fun, friendly vibe. Once back in Baton Rouge that afternoon, we found a playground and splash park for the boys to really cool off in.

It was very nice to be back in Louisiana and to explore somewhere new, but we probably could have easily spent the time back in New Orleans too. Next we were heading north west, towards the centre of the the U.S and a special sporting event.