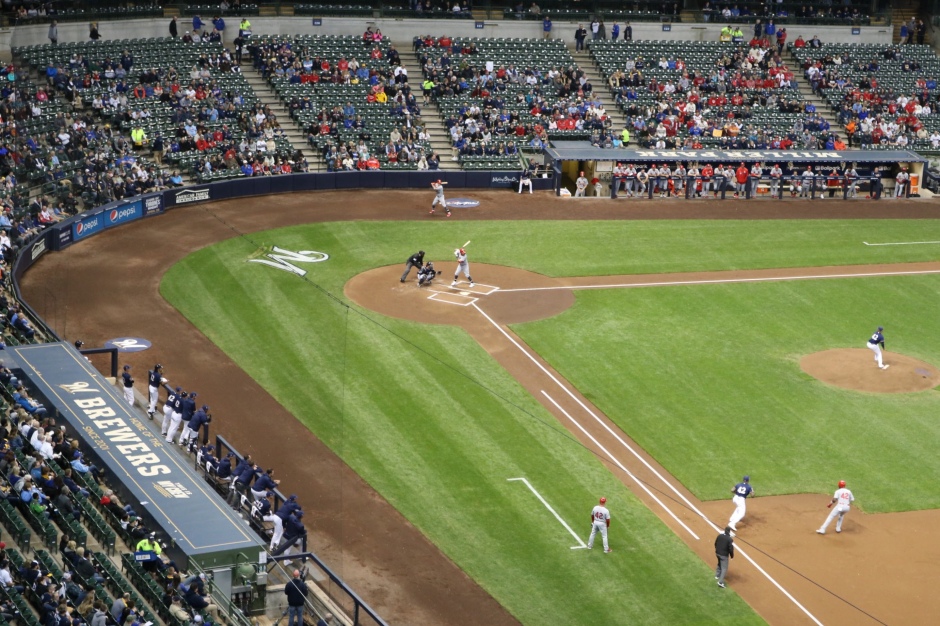 Spending time in Chicago meant we were not quite a two hour drive from Milwaukee, so we decided to spend a couple of days in the state of Wisconsin.

During our stay we found a baseball game to attend. The Milwaukee Brewers were playing the St. Louis Cardinals at Miller Park. We were staying at Days Inn by Wyndham West Allis/Milwaukee (See our Wyndham Properties review here) not too far from the park and on arrival we saw a sign stating that their on-site sports bar offered a free shuttle to and from the game. “Great” we thought, we won’t have to worry about parking and we can both have a few drinks. We checked with the bar to see if we needed to put our names on a list and found that to qualify for the free shuttle you had to have at least two drinks each at the bar. Haha, why were we not surprised, not many things these days are genuinely free. They had a happy hour so we didn’t spend too much for our “free” ride, plus of course we had to tip the driver after the return trip. The full cost would have probably been more than the total parking cost but there was also a lot of convenience to it. Our baseballs tickets cost us a total of $31 USD/$44.29 NZD.

Miller Park was very impressive and has a retractable roof, it was closed for the game and they let off a few fireworks whenever the home team hit a home run. We quickly worked out that Christian Yelich was a bit of a local team hero and his three home runs yielded huge roars from the crowd.

We did enjoy the baseball and again, like the basketball game in Oklahoma, there is lots going on within the stadium for children. Which is really helpful because it was a bit slow during the middle innings and they have plenty of stoppages which drags things out. 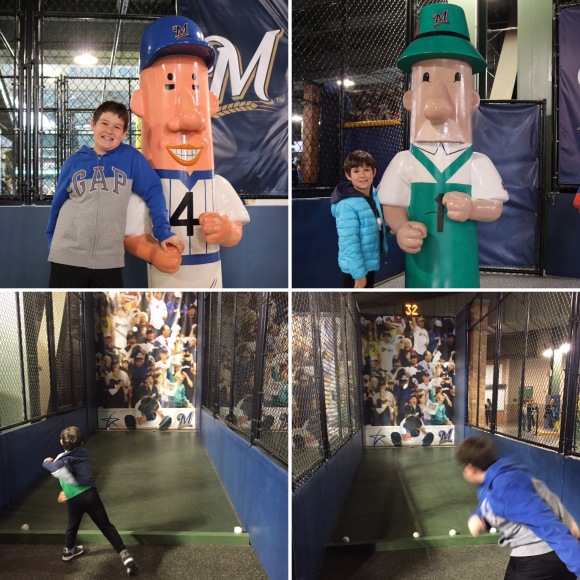 Back in May 2018 we also went to a baseball game in Taiwan, that was a very different experience to this American setting but even not understanding the language spoken at that game I think we still had more fun there, it was much more entertaining all round.

If we don’t have a clear affiliation for a particular team, we just support the home team. The Brewers came away with the win, 10-7, so we now had a good streak of supporting the winning teams at the live sports games we have attended during our travels.

The following day we walked and scooted some of the Milwaukee riverwalk which gave us a nice perspective of the city. Unfortunately we were a little pushed for time as we didn’t have enough coins for the parking meter (and it only took coins) but it was a nice day and walk with historic plaques and information boards along the way, as well as some interesting sculptures and buildings.

We had a great little taste of Milwaukee but it was time to start heading towards Colorado as we had a pet sit lined up over Easter weekend and we were looking forward to spending a week in a new state. From Milwaukee (A) we travelled 600 kms to Des Moines, Iowa (B) and we stayed one night at Super 8 by Wyndham Clive/West Des Moines. The following day we drove 570 kms to Lexington, Nebraska (C), staying the night at Super 8 by Wyndham Lexington.

This day we decided to splash out on a nicer lunch and found a good sushi restaurant at a reasonable price. We wish we could have been teleported back to Tokyo and Uobei Sushi but alas, we were in Lincoln, Nebraska instead. It was a nice change from our usual Walmart/picnic lunches though; it’s the simple things sometimes. 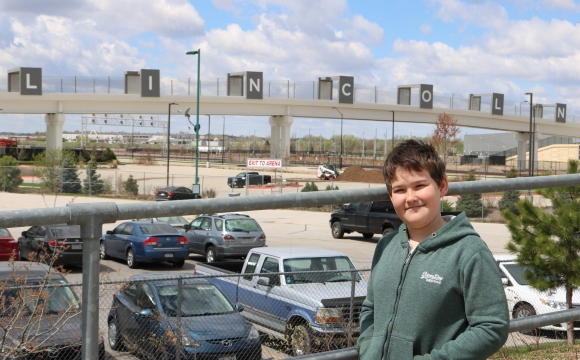 The following day we continued on another 520 kms and found ourselves in the centre of Denver, Colorado (D) on a Friday afternoon. Stay tuned for our week in Colorado state coming up in the next post.